Why children may be off their food after COVID 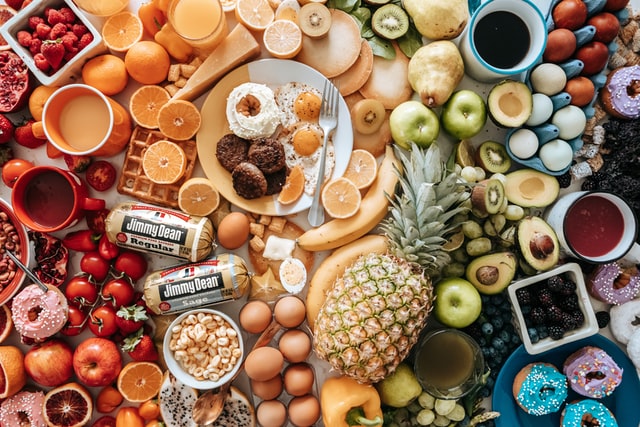 More and more children could be turning into ‘fussy eaters’ after a bout of Covid, according to smell experts at the University of East Anglia and Fifth Sense, the charity for people affected by smell and taste disorders.

This is because they may be suffering parosmia – a symptom where people experience strange and often unpleasant smell distortions.

Instead of smelling a lemon you may smell rotting cabbage, or chocolate may smell like petrol. And children in particular may be finding it hard to eat foods they once loved.

Prof Carl Philpott said: ”Parosmia is thought to be a product of having less smell receptors working which leads to only being able to pick up some of the components of a smell mixture. It’s a bit like Eric Morecambe famously said to Andre Previn – ‘it’s all the right notes but not necessarily in the right order’.

“We know that an estimated 250,000 adults in the UK have suffered parosmia as a result of a covid infection.

“But in the last few months, particularly since Covid started sweeping through classrooms last September, we’ve become more and more aware that it’s affecting children too.

“In many cases the condition is putting children off their food, and many may be finding it difficult to eat at all.

“It’s something that until now hasn’t really been recognised by medical professionals, who just think the kids are being difficult eaters without realising the underlying problem.”

Prof Philpott is seeing teenage patients with parosmia for the first time in his career.

“For some children – and particularly those who already had issues with food, or with other conditions such as autism – it can be really difficult. I expect there are a lot of parents at their wits end and really worried,” he added.

“If children are suffering smell distortions – and food smells and tastes disgusting – it’s going to be really hard for them to eat the foods they once loved.

“We’ve heard from some parents whose children are suffering nutritional problems and have lost weight, but doctors have put this down to just fussy eating. We’re really keen to share more information on this issue with the healthcare profession so they’re aware that there is a wider problem here.”

Together with Prof Philpott, Fifth Sense have put together guidance for parents and healthcare professionals to help them better recognise and understand the condition.

First and foremost, the guidance shows that children should be listened to and believed. Parents can help by keeping a diary to make a note of foods that are safe and those that are triggers.

Prof Philpott said: “Establishing what the triggers are and what tastes ok is really important.

“There are lots of common triggers – for example cooking meat and onions or garlic and the smell of fresh coffee brewing, but these can vary from child to child.

“Parents and healthcare professionals should encourage children to try different foods with less strong flavours such as pasta, bananas, or mild cheese – to see what they can cope with or enjoy.

“Vanilla or flavour-free protein and vitamin milkshakes can help children get the nutrients they need without the taste. And it may sound obvious, but children could use a soft nose clip or hold their nose while eating to help them block out the flavours.”

Finally, children and adults alike should consider ‘smell training’ – which has emerged as a simple and side-effect free treatment option for various causes of smell loss.

“Children should use smells that they are familiar with and are not parosmia triggers. In younger children this might not be helpful, but in teenagers this might be something they can tolerate.”

Since coming down with Covid in September, 11-year-old Malisse Kafi has found it difficult to eat or drink because everything tastes “like poo and rotten eggs”.

His mum Dawn Kafi, from Old Swan, Liverpool, said: “It began with Malisse thinking his food had gone off. He says that food tastes like poo and sewerage and water tastes of rotten eggs.

“He just stopped eating, food was making him retch and gag. It was horrendous.

“It was really hard to know what to do. We tried everything to try and get him to eat, cooking all his favourite foods, but it all just made him feel really sick.”

Malisse was diagnosed with parosmia and given a steroid nasal spray, but it didn’t help. By November he had lost around 2Kg and was rushed to hospital, dehydrated and slurring his words.

“We had never heard of parosmia before. It has been absolutely heart-breaking to see him deteriorate,” said his mum. “He stopped eating all together.”

Eventually, Malisse needed to be fed via a tube that went up through his nose and down into his stomach.

Now, his parosmia is still a problem but it is beginning to improve and he has some ‘safe’ foods that he can eat including salmon, tortilla wraps, dairylea, melted raspberry ice cream and pomegranate juice.

Dawn said: “Things are improving slowly but he is still extremely tired and cold all the time, and he is very pale. He’s still very skinny and he has lost a lot of muscle. It has caused him a lot of ill health, including ongoing bowel issues and pains in his legs.”