Unlocking receptor biology one paper at a time 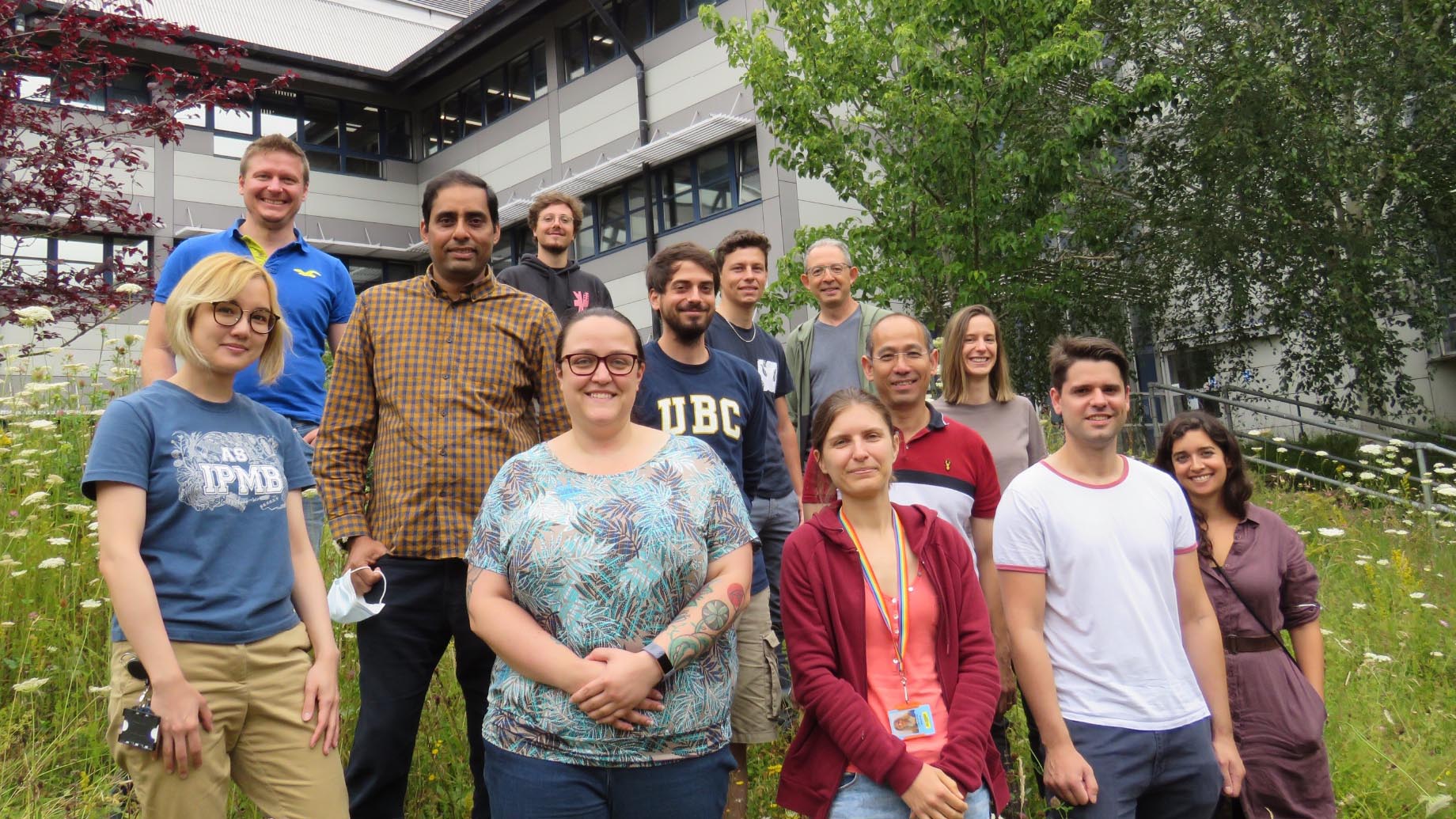 The Kamoun Lab members at The Sainsbury Laboratory are passionate about open science and NLR immune receptors.

Recently, multiple research articles on the NLR class of immune receptors in plants were published by the journals: eLife, PLOS Biology, PNAS and Plant Physiology. The source of these articles can be traced back to a group of enthusiastic researchers at The Sainsbury Laboratory.

“I’m fascinated by how plants have engaged in tit-for-tat coevolution with all kinds of pathogens and pests. As a result, we have this extraordinary variation of NLR immune receptors across plant species. NLRs are also critical for delivering disease resistant crops and a sustainable solution to plant diseases.”

Sophien joined The Sainsbury Laboratory (TSL) in Norwich over a decade ago because it offered the resources and freedom to pursue whichever research directions he wanted to explore.

“As far as scientific research goes, this is as close to paradise as it gets.”, he says.

He believes that the rapid evolution of scientific methodology and data acquisition has highlighted the need for our research culture to evolve alongside it. The researchers in his group are driven to make research more accessible, transparent, collaborative and progressive, and they exemplify these values through their work.

“At TSL, we have the opportunity to be at the leading edge in embracing open science, preprinting and similarly progressive trends that are changing the research culture for the better.” says Sophien.

A novel vector system was described to enable functional studies of the ZAR1 resistosome in a recent paper published by the Kamoun Lab (in press). For this purpose, the authors deposited 72 Golden Gate compatible plasmids into the public Addgene depository.

“I think it is important in science to share resources as much as possible as it makes for greater and faster science.” says Adeline Harrant, main author and Research Assistant, “Addgene archives all of our plasmids and makes them accessible to anyone via their database.”

Members of the Kamoun Lab pride themselves in being major contributors to the hundreds of samples deposited by The Sainsbury Laboratory to Addgene over the years, resulting in a total of over 1300 plasmid requests from other research institutions to date.

In the PLOS Biology paper on the convergent evolution of plant pathogens, the authors not only deposited their effector library into Addgene so that others can screen other NLRs against it, but also deposited all their mass spectrometry proteomics data into the ProteomeXchange Consortium.

“Being able to provide proteomics data to the community has helped promote collaboration and assisted in the development of new algorithms and interpretations.” Says Jan Sklenar, co-author and Support Specialist in the Proteomics Groups, “More importantly, it helps us to increase the trust in our results.”

The scientific community not only benefit from openly available data, but also the opensource tools made available to extract and analyse those data. In another PLOS Biology paper (in press), postdoc Jiorgos Kourelis and co-authors provide a curated reference dataset, RefPlantNLR, of 442 experimentally validated plant NLRs as well as a pipeline and package, NLRTRacker, to extract those NLRs and analyse their domain architecture.

“It is vital that we shift the value of research beyond impact factors and instead measure the impact of science in terms of how discoveries advance and inspire scientific communities.” he explains.

With the recent spread of wheat blast outbreaks to three different continents, there is no time to waste when equipping international colleagues with the information needed to help mitigate these devastating outbreaks.

Joe Win, researcher in the Kamoun Lab, says, “Preprints and open-access repositories, such as Zenodo and the OpenWheatblast website, have been crucial in quickly understanding how wheat blast is spreading and evolving. Other researchers with different expertise can look at the same data, analyse them, and openly post their interpretations back to the community at a faster speed. It’s incredibly effective.”

“When the livelihoods of communities are at risk, the current peer-reviewal process of journals is just too slow.” he adds.

These days, all research papers in the Kamoun Lab are first published as preprints before going through the peer-reviewal process. The Lab has embraced preprints ever since the biology preprint server bioRxiv was launched in late 2013. In fact, Sophien was described as a preprint poster child in those early years.

Another NLR paper from the lab is now live on bioRxiv for the scientific community to comment on:  “Jurassic NLR: conserved and dynamic evolutionary features of the atypically ancient immune receptor ZAR1”.

Aleksandra-Ola Bialas, Research Assistant in the Kamoun Lab, says “Thanks to preprints, my manuscript oftentimes gets pre-reviewed by members of the community which helps to improve the final product. I also think it’s important to make your research accessible to the public and the broader scientific community through clear figures and visual abstracts. I’m glad to see a growing appreciation for that aspect of paper writing.”

For her eLife paper on the convergent evolution of high-affinity binding in two NLR immune receptors, Ola received excellent feedback from her reviewers. In the review published alongside her preprint on bioRxiv, a reviewer commented, “It is a tour-de-force study that is well-written, clear, and transparent.”

Preprints can also play a vital role in the early career development of scientists, explains Lida Derevnina, main author of the PLOS Biology paper. “Because preprints are available months before an article is officially published, your research can be accessed by potential employers and referenced in grants.”

Sophien hopes that his lab serves as a springboard for others to kick off their independent careers. “I’ve always found it very fulfilling to foster a research environment that enables other to succeed.” he says, “The best scenario is when tangential discoveries seed the future research directions of our postdocs.”

An example of the excellent outputs that can be gained from such a team culture is shown by the paper published in PNAS on the dynamic accumulation of helper NLRs.

Another two NLR biologists from the Kamoun group, Lida Derevnina and Hiroaki Adachi, were offered exciting new positions in the Crop Science Centre in Cambridge and the Nara Institute of Science and Technology in Japan, building on the resources they developed while at The Sainsbury Laboratory. They follow on the footsteps of Chih-hang Wu who moved last year to the Institute of Plant and Microbial Biology, Academia Sinica in Taiwan.

“My time at TSL has been an incredible journey and will always stay special to me.” says Lida about her time as a post-doctoral researcher at the Laboratory, “Not only because it allowed me to challenge myself as a researcher, but also because I could do that alongside growing my family. The skills I acquired and my findings on pathogen suppressors of NLR networks were critical to launching my independent scientific career.”

“The dynamic and collaborative environment at TSL is one I hope to foster in my own research group.” she adds.

Diversity is what drives the most powerful collaborations, and the Kamoun Lab is always seeking to connect with different skills, expertise, cultures, and ways of thinking. They are regularly looking at recruiting scientists at any levels, including predocs, Research Assistants and postdocs, to study NLR biology and other aspects of plant-pathogen interactions.

“I welcome open applicants as long as there is a good rationale for why they would want to join the team and what new angle they expect to bring.” says Sophien, “In my view, we don’t get enough applicants from other disciplines besides plant pathology. We want scientists who bring different perspectives and expertise.”

For example, the group is currently considering hiring a structural biologist to replace Abbas Maqbool, who recently moved on to lead a biochemistry and biophysics group in industry.

This article was originally featured on our partner The Sainsbury Laboratory’s website here! 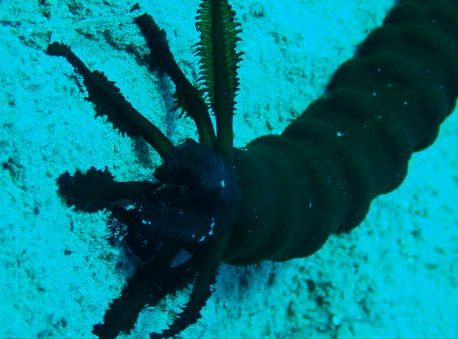 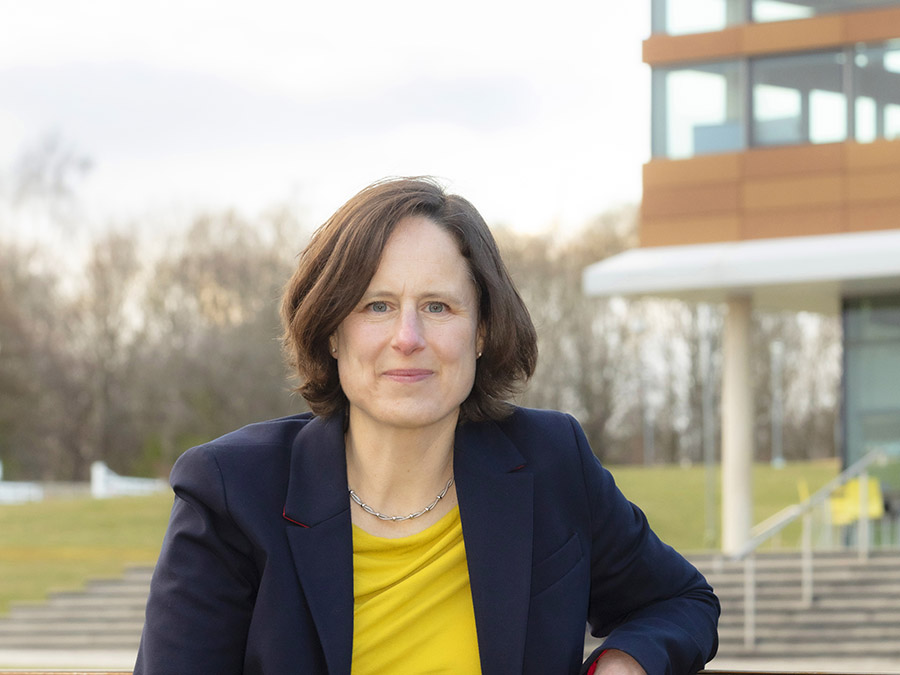