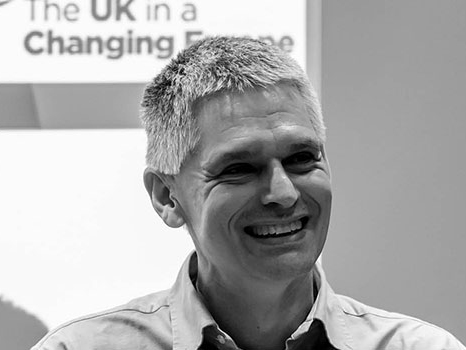 Prof Andy Jordan, Professor of Environmental Policy at the University of East Anglia (UEA), has joined the likes of Dame Mary Beard and Sir Simon Schama in being elected a fellow of the British Academy, in recognition of a lifetime dedicated to researching climate change.

Prof Jordan has worked at UEA for 30 years, having joined the University in 1992, and joins a handful of UEA professors who have achieved this mark of distinction.

In 2016, Prof Jordan worked as a special advisor to the UK Parliamentary Environmental Audit Committee in its inquiry into the EU referendum drawing on decades of his own highly cited research to directly shape the debate on Brexit.

From the mid-1990s, Prof Jordan was instrumental in pioneering a new area of research which sought to understand how, why and with what effect national decision-making had been systematically ‘Europeanised’ by the EU, as well as probing the reciprocal links with international environment and trade policies.

The British Academy is the UK’s national academy for the humanities and social sciences. Founded in 1902, it consists of a fellowship of over 1,600 of the leading minds in these subjects from the UK and overseas. The academy is also a funding body for research, nationally and internationally, and a prestigious forum for debate and public engagement.

Outside of work, Prof Jordan is a keen triathlete and last year managed to combine his hobby with his work when he was recruited to serve on British Triathlon’s Sustainability Commission. Established to develop a world leading strategy for the sport, the Commission is steering British Triathlon as it implements its public commitment to achieve net zero emissions by 2040.

Prof Jordan said: “I am delighted to be elected to the British Academy and look forward to playing an active role in its future work. I hope it will bring benefits to the School of Environmental Sciences, the Science Faculty and the University as a whole.”

Prof Kevin Hiscock, Head of the School of Environmental Sciences at UEA, said: “I am delighted that the British Academy has recognised Andy’s distinguished contributions to the politics of governing environmental problems with particular emphasis on comparative work in Europe.

“In the history of the School of Environmental Sciences, this is only the second time that a colleague has been elected to the Academy, the first being Professor Timothy O’Riordan in 1999. On behalf of everyone in the School, we send Andy our warmest congratulations!”

This year, a total of 85 Fellows – 52 UK Fellows, 29 Corresponding Fellows and 4 Honorary Fellows – have been elected to the Fellowship.

Professor Julia Black, President of the British Academy, said: “I am delighted to welcome these distinguished and pioneering scholars to our Fellowship. With our new Fellows’ expertise and insights, the Academy is better placed than ever to open new seams of knowledge and understanding and to enhance the wellbeing and prosperity of societies around the world. I congratulate each of our new Fellows on their achievement and look forward to working with them.”

View the Climate Roll of Honours received by UEA faculty for outstanding service in advancing understanding and protection of the environment.

This news story was originally posted by our partner, The University of East Anglia, on their website here!