Closing in on the carbon cost of wildfires 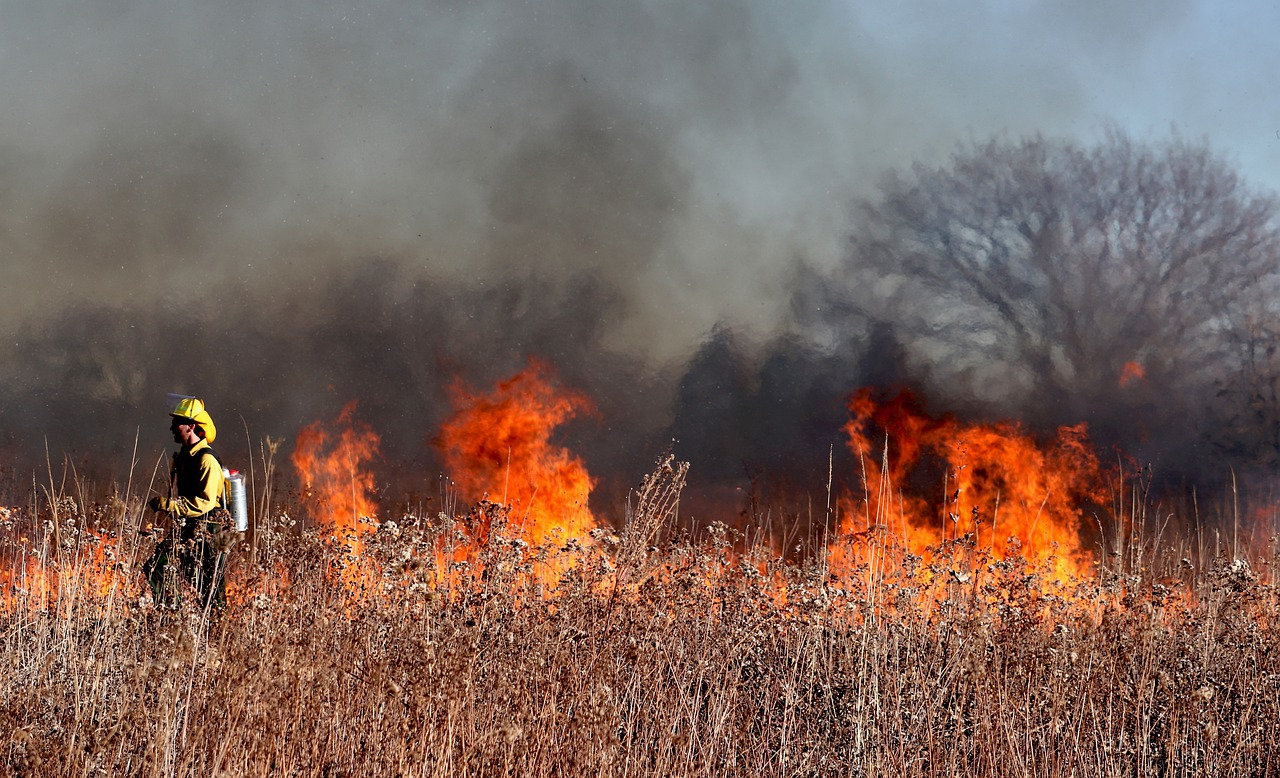 Wildfire and post-fire recovery could lead to more carbon being stored than released in the long term in savannahs and grasslands, according to a new study involving the University of East Anglia (UEA).

The findings, published in Nature Geoscience, suggest that there is far stronger potential for cycles of fire and recovery to increase soil carbon stocks in these areas than in forests. This is significant as around 70% of the area burned globally by fires each year occurs in savannahs.

In contrast, forest fires were found to be a clear source of carbon in the atmosphere over the period studied because losses of vegetation carbon could not feasibly be offset by increases in the storage of charcoal in soils.

The study authors argue that attempts to account for the complete impacts of wildfires on the carbon cycle need to include a variety of post-fire processes that affect carbon stocks on land in the long-term, including the storage of charcoal in soils.

Wildfires can be destructive events that burn through ecosystems, threaten people and infrastructure, and release substantial amounts of carbon to the atmosphere. However, many fires are part of a natural regime of disturbance and post-fire recovery with a neutral impact on carbon storage over long timescales.

After a fire, the recovery of carbon stocks can depend on a variety of factors. Some fires can lead to soil loss or shifts in vegetation type that reduce carbon storage in the long term. However, they can also produce large amounts of charcoal that is stored in soils for centuries to millennia. Hence, the long-term effects of fire on the carbon budget are complicated to trace.

In this study, a team led by the University of Zurich aimed to construct the most complete budget to date of fire impacts on the carbon cycle, accounting for both the short-term and long-term effects of fire on land carbon storage. They used a land surface model to assess the global impact of fires on the amount of carbon stored in vegetation and soils between 1901 and 2010.

Co-author Dr Matthew Jones, of the Tyndall Centre for Climate Change Research at UEA, said pyrogenic carbon decomposition rates are the “missing piece” in understanding the impact of fire on the Earth’s carbon cycle.

“This study is about improving how we understand the process of fire on a range of timescales,” said Dr Jones. “In essence, fires are unquestionably a source of carbon in the short-term, but these short-term effects could be counteracted by sinks of carbon in the long-term.

“The missing piece in the puzzle is a conclusive understanding of how quickly charcoal breaks down in soils. We couldn’t model the timescale of this process due the poor availability of measurements, and hence the process is not included in our latest budget.”

The authors were able to model almost all post-fire impacts of fire on the carbon cycle and build the most complete picture of overall fire impacts to date. Their near-complete accounting effort points towards a sink of approximately 90 million tonnes of carbon per year. However, they were not able to reliably model the rate at which carbon is released back to the atmosphere as charcoal breaks down in soils, leaving an incomplete picture of fire impacts on the carbon cycle.

Commenting on the likely balance of fires with the atmosphere, lead author Dr Simon Bowring said: “What is clear is that fires are very likely to be close to neutral, meaning that the average lifespan of charcoal in soils is around 5,000 years – well over a hundred times that of your average soil carbon.

“We urgently need increased efforts towards understanding the mechanisms underlying its movement to the atmosphere. As important, and independent of the previous consideration, the positioning of wild grasslands in the climate perspective likely requires substantial reassessment.”

The authors say future observational efforts are required to build a complete picture of how fire impacts the carbon cycle. They emphasize that, to finally understand the complete role of fire in the carbon cycle, efforts must be made to better quantify the long-term stability of charcoal in soils.

Dr Jones said: “Making more measurements of the rate at which charcoal breaks down to CO2 in soils is a critical research frontier that requires attention from fire and soil scientists.

“We need funded efforts to measure this process in the coming years. These will help us model the process at global scale, so that we can finally estimate the overall impact of fires on the carbon cycle, atmospheric CO2 concentrations and climate in future.

“This is becoming increasing important due to the changes in wildfire activity that are projected in future as the climate warms.”