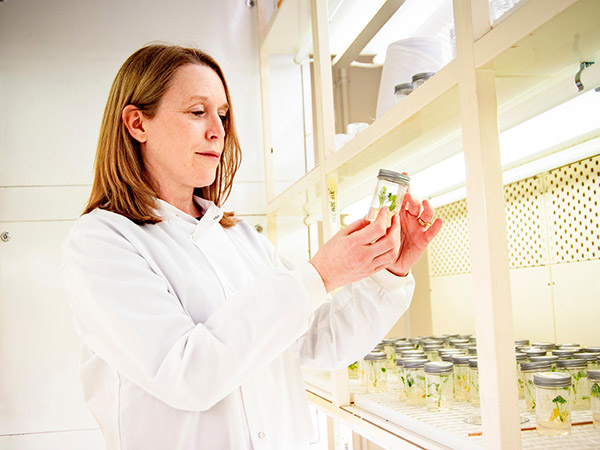 Dr Penny Hundleby is a senior scientist at the John Innes Centre at Norwich Research Park. Find out how her work with genetic modification (GM) and gene editing (GE) technologies is providing vital solutions to reduce crop losses, increase yields and develop disease-resistant crops that can feed a growing global population.

Each month, those working at the pioneering heart of Norwich Research Park tell us how their work is shaping the world we live in. Read their stories here.

What does your role involve?

I am a plant scientist developing genetic modification (GM) and gene editing (GE) technologies for UK crops. From our crop transformation facility at the John Innes Centre, I support UK and international researchers by providing GM and GE plants for their research. I am also an honorary lecturer at the University of East Anglia (UEA), a director of the International Society of Plant Molecular Farming and was recently made a Fellow of the Royal Society of Biology.

I work with Brassica oleracea, which includes broccoli, kale, cauliflower, cabbage and Brussels sprouts. These plants have been bred over hundreds of years for different traits like yield and flavour. Over time, these selections for the most desirable traits have meant that the plants have lost some of the genes which make them robust, so they are no longer able to defend themselves against pathogens and have become reliant on inputs such as pesticides. I also work with Brassica napus, which is oilseed rape. Together these crops have an annual UK market value of more than £1 billion.

What can these technologies help us achieve?

GM is used to introduce new genes either from the same species (cisgenic) or different species (transgenic). GE, on the other hand, is like using a pair of scissors to make deletions or small edits to a plant’s existing genome. These technologies allow us to reintroduce traits that may have been lost over time, such as disease-resistance. By making small deletions to the genetic code, we can also use them to make plants less susceptible to pathogen infection.

The GM and GE plants we produce in our laboratory are not intended as commercially available crops, but are crucial to provide a better understanding of plant gene function. Discovering how and why plant genes interact will allow us to make improvements and advances in the future, including in conventional breeding programmes.

Why is this research important?

Farmers across the globe are facing the challenge of increasing yields in a changing climate. When Queen Elizabeth II was born, the total global population was two billion people. In her lifetime the population grew to eight billion – and there will soon be another two billion people to feed. That means we’re going to have to make more food in the next 40 years than the whole of agriculture has produced to date. We also need to do this sustainably to reduce the environmental impact.

This research could help us grow more plants that are better suited to climate change on less land with fewer pesticides, while reducing the need for fertilizers. Disease-resistant crops could also significantly reduce food waste, which is both good for the environment and also for consumers absorbing financial losses.

Despite a 30-year history of safe use, England has never grown any GM products. Earlier this year, I spent a week shadowing policymakers at the Food Standards Agency in Westminster and have been following the new Genetic Technology (Precision Breeding) Bill as it passes through the Houses of Parliament. This will allow the use of genetic technologies if the end product could have been produced using conventional breeding approaches.

Changing the law is a slow process, but scientists play a crucial part in ensuring new policy is supported by evidence, while helping consumers, plant breeders, farmers and industry leaders understand the science. 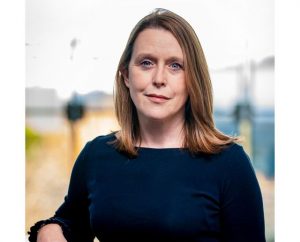 Why did you decide to pursue a career in science?

I was always a curious child and was convinced I was going to be a doctor, but soon found that the research was more interesting to me. I did a biotechnology degree at De Montfort University in Leicester with a year in industry at the Forestry Commission in Edinburgh. This is when I realised how important plant science is. Without plants, we simply wouldn’t exist. Everything we use relies on plants – from the air that we breathe to the food that we eat, as well as medicine, cosmetics, livestock, paper, textiles and construction.

In my final year at university, a lecturer spoke about the work at the John Innes Centre and I was sold! I was offered a position as a research assistant and completed a PhD part-time with the Open University. When I first joined in 1995, there was a big wave of excitement about GM technology, and the first commercial GM crops were planted in the United States the following year. We are seeing the same excitement today about gene editing technologies like CRISPR. Changes to legislation unlock huge potential for ensuring our science can make a real difference to society.

What’s the best thing about working at Norwich Research Park?

There’s so much variety – that’s why I’m still here 27 years later. Being part of Norwich Research Park allows you to collaborate and network across institutes such as The Sainsbury Laboratory, Earlham Institute, Quadram Institute and Norwich Institute for Sustainable Development (NISD), as well as the companies on the campus. Access to such a diversity of science and opinions broadens my knowledge base.

Our facility at the John Innes Centre is internationally renowned. We have specialist skills, and it is important that the UK retains these, as well as training the next generation of scientists. We often think science is only for super-clever people, but if you’re interested in working in a research environment, there are so many great job opportunities at all levels.

What do you get up to when you are not working?

I’m a working mum with two children at school, so there’s not much time! Over the years, my family has moved to Norfolk from Leicester including my brother and his partner and my dad, who is 85 and a keen sailor, so he loves the rivers and the coast here. At weekends I love to get outdoors and recharge. I’m happiest when I’m out walking our dog or taking part in the parkrun at Eaton Park… even if it’s mainly an excuse for coffee with friends after!

Dr Penny Hundleby is a senior scientist at John Innes Centre on Norwich Research Park. You can follow her on Twitter @sparrow_penny 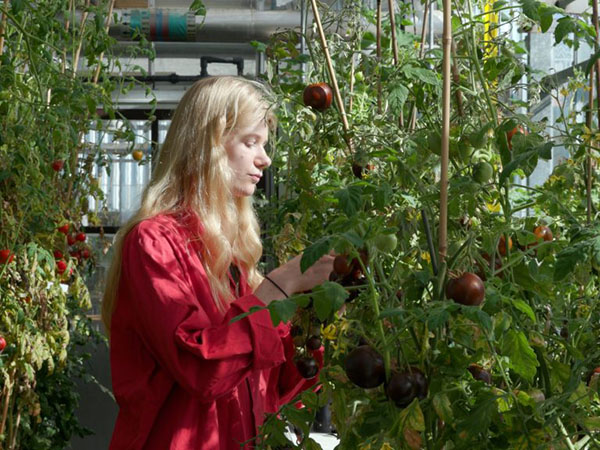