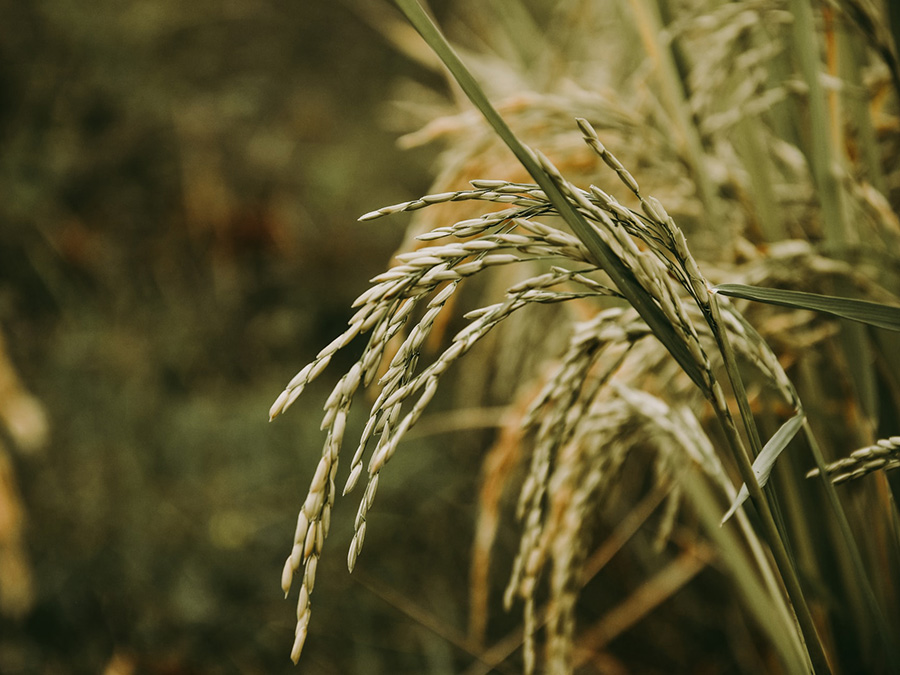 The Sainsbury Laboratory have announced that their Executive Director, Prof. Nick Talbot FRS, and his research group were awarded a prestigious Advanced Grant of up to €2.5 million by the European Research Council (ERC).

This generous grant will allow the Talbot group to provide fundamental new insight into how valuable cereal crops are infected by the devastating blast fungus.

The ERC is the premier European funding organisation for excellent frontier research as part of the Horizon Europe programme and only 14.6% of the submitted proposals were successful.

Why do we need to understand more about the blast fungus?

Many of the world’s most serious plant diseases are caused by filamentous fungi such as M. oryzae. Annually, plant diseases claim up to 40% of the total world harvest and their control is vital to the development of sustainable agriculture.

This is particularly important in face of the climate emergency, as we need to quickly reduce the environmental impacts of our agricultural systems whilst providing more healthy food for a growing human population.

The Talbot group are renowned for scientific discoveries which have led to new insights into how fungal pathogens evolved the capacity to cause some of the worlds’ most important crop diseases, many of which target staple cereals such as rice and wheat.

Nick Talbot’s research group has also made contributions in the application of molecular genetics to study how fungi cause diseases. Because plant pathogenic fungi are so difficult to analyse experimentally, we know relatively little about the infection mechanisms of many of the world’s most serious cereal pathogens.

How does the blast fungus infect plants?

Magnaporthe oryzae shares an important feature with many other plant pathogens – such as rusts and powdery mildews – which allows them to infect their hosts. These pathogens use specialized cells called appressoria which generate immense pressure to breach the tough outer layer of plants (up to 40 times the pressure of a car tyre). This is one of the reasons why M. oryzae has become an important model organism for investigating the biology of plant disease.

The ambitious SEPBLAST project proposed by the Talbot group will draw upon their recent discoveries which have shown that fungal morphogenetic proteins, called septins, are essential for rice blast disease. Septins are pivotal to the function of appressoria as well as transpressoria (which are the infection cells of M. oryzae that invade host cells once inside the plant). Septins are key determinants of virulence but are still poorly understood in this context.

This project will lead to a completely new level of understanding of the role of septins in plant disease and will facilitate intervention strategies against many diseases that plague the world’s crops.

To secure future food supplies we need new and durable methods of disease resistance, either by deploying the immune systems of plants or devising new methods to prevent plant infection by micro-organisms.

Nick Talbot says, “I am delighted and honoured to win an ERC grant supporting high-risk high-reward science, to which we are strongly committed at TSL. We are very excited to learn more about the role of the remarkable septins during rice blast disease.”

President of the ERC, Prof. Maria Leptin congratulated the awardees from 21 EU Member States and associated countries, “By following their scientific curiosity, these senior researchers are pushing the frontiers of our knowledge in a wide range of fields.”

This article was originally posted by our partner, The Sainsbury Laboratory. You can check our their website here!